There are 4 levels of black magic and we would prefer to call the first two level Dark and Black Energy and not black magic. 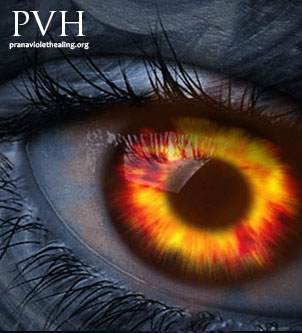 Example 1 : Many or one men liking a beautiful girl and she is not responding to any of these men. These men can get frustrated and disappointed and eventually the girl will receive negative energy from these men. Then she will start to experience pain in her physical body.

Example 2 : Person working very hard in the office coming to work early and going back late, getting all the promotions and praise from the management. He may or will soon receive lot of negative energy from his office staff.

Example 3 : You can have a smart child and this can cause lot of jealous energy from other family members and also at school. This child can fall sick unnecessarily.

Example 1 : A divorced person is praying for justice with negative emotions towards ex-husband or ex- wife.

Example 2 : A person praying for a promotion in a company where there are other people who are more eligible for that promotion. Making offering or promising offering should this person get the promotion.

This type of black magic is done with the help of another person who is practicing some form of negative energy by invocation. Such other person can be called tantric, witch, shaman or by any other name in different parts of the world. It is usually done with picture, cloth, body parts such as hair, nails of the victim. Spirits are invoked for doing this and heavy price is paid for this ritual and can involve animal sacrifice and in ancient times even human sacrifice was done

Example 1 : For promotion in work

Example 2 : For marrying someone.

Example 3 : For mesmerizing a person or a group of people

Example 4 : For something bad to happen to the ex-life partner

Example 6 : For the intention of causing bodily harm and even killing someone.

This type of black magic is done from the spirit world. This can even come from ancestors who have been tantrics during their lifetime This black magic can come also from your past-life souls that may be present in your aura and around you.

Example 1 : Experiencing rape in your dream or even sleep which can take place in a very physical manner.

Example 2 : Souls around you sucking away your life force.

Example 3 : Ancestor souls protecting a person or family and causing harm to other people.